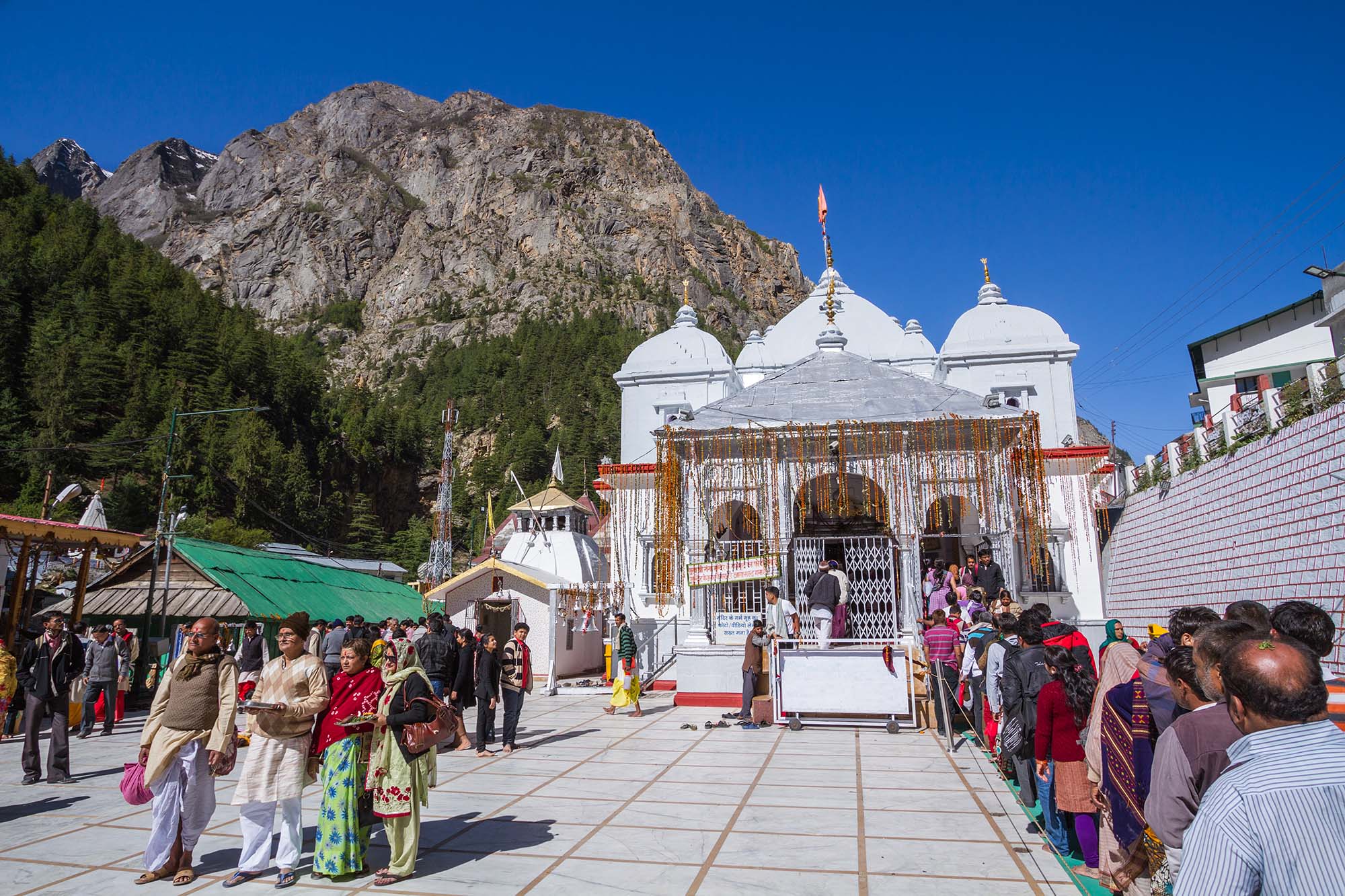 Gangotri Temple honours Goddess Ganga’s descent on the earth from her celestial abode. It is indeed a sight to behold, but pilgrims need to wait for six long months for this. The temple closes in winters after heavy snowfall and opens for six months during summers, monsoons and early-winters. Plan your trip by knowing the Gangotri Temple opening and closing dates 2019 and other important details below.

With the backdrop of shimmering snow-capped Himalayan peaks, the white granite Gangotri Temple too shines like a gem at the height of 10,200 ft.

River Bhagirathi, which later joins other rivers at Devprayag to become River Ganga, begins its journey from Gangotri Glacier (about 19 km. uphill trek from the temple) and follows a route near the temple.

According to the legend, Goddess Ganga used to reside in her celestial abode, but descended on the earth after King Bhagiratha performed tough penance to please her and bring her on the planet to grant moksha to his ancestors.

It is believed that a stone submerged in the river near the temple is a Shiva Lingam and bathing and drinking water at this place helps one get rid of his or her sins.

You can now book Gomukh Tapovan Trek with Waytoindia.com.