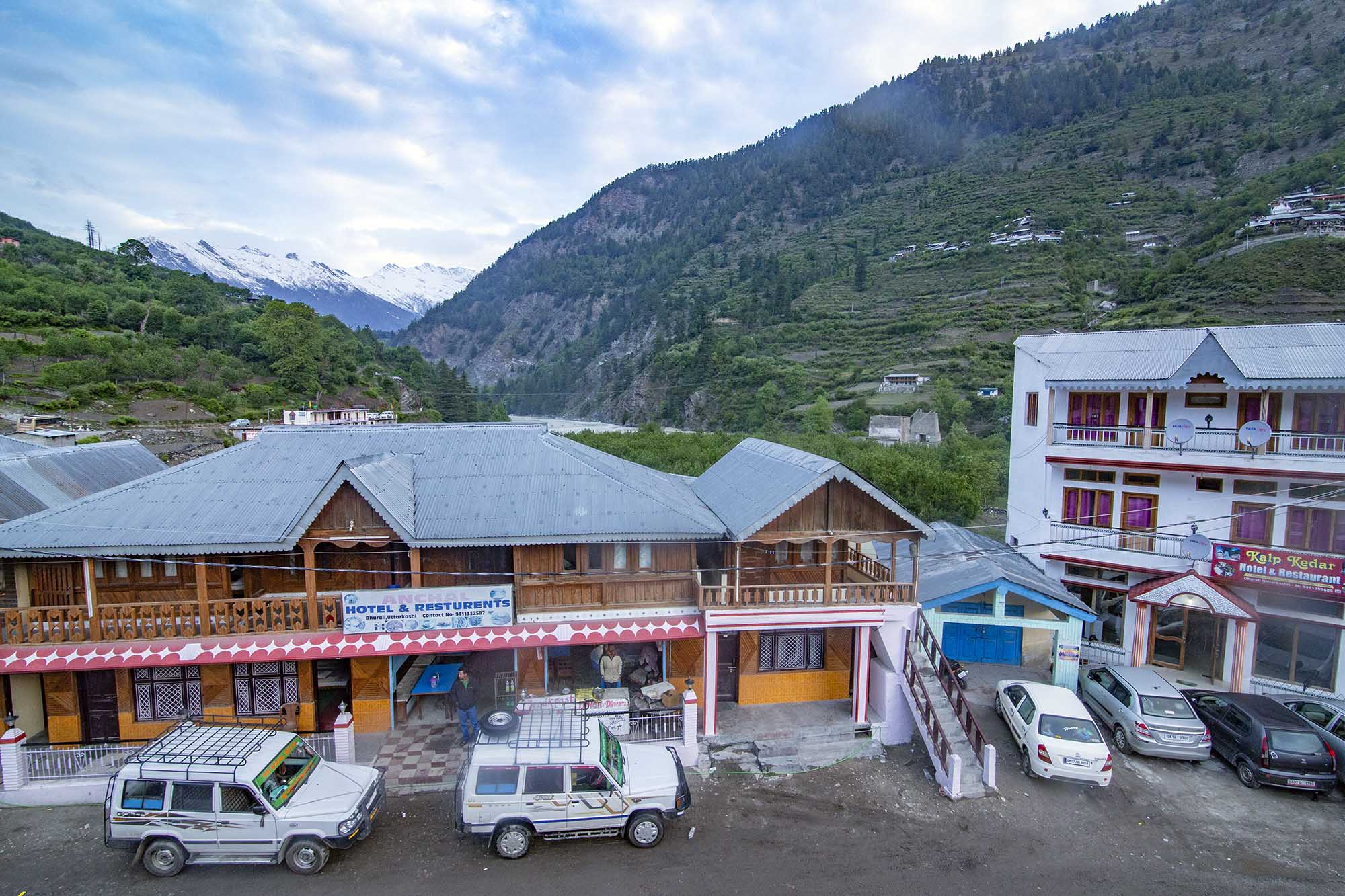 Harsil Uttarakhand, popularly known as the mini Switzerland of India, is among those charming places hidden in the folds of Garhwal Himalayas that are fortunately preserved from the maddening tourist crowds.

The picturesque hamlet, however, has everything that can weave a fascinating fairy tale – a legendary love story between an Englishman and a local girl, mythological sites authenticating the presence of divinity, a Bollywood filmmaker’s obsession for the untouched natural beauty and the invigorating village life which is far more gratifying than the so-called modern lifestyle.

The fact that Harsil Uttarakhand lies on the pilgrimage trail to Gangotri and several trekking routes further adds to its recognition.

On the bank of the holy River Bhagirathi, Harsil religiously adheres to the description of a Himalayan village with snow-capped peaks (Bandarpoonch, Srikanth, Himvan, Sumeru etc.) in the backdrop, traditional wooden houses and smiling faces engaged in simple chores and activities.

At an elevation of about 7,860 ft., it promises pollution-free fresh breeze to the lungs and visually stunning panoramas of pine, oak and deodar forests to the eyes. It is a part of Uttarkashi District in the state of Uttarakhand and is primarily inhabited by the Bhotia Tribe (believed to have originated from Tibet).

There are temples and monasteries, rivers that meet to form a customarily sacred confluence, sprawling apple orchards and red bean (rajma) fields and several untold tales.

You might plan a small stopover at Harsil while pursuing the Char Dham Yatra.

However, the place definitely deserves exploration through extended devotion of time and efforts.

How to Reach Harsil Uttarakhand?

Just like other hill attractions in the state, Harsil too is accessible only by road. If, however, you are travelling from far-off places, prefer to board a flight/train to reach the nearby airports/railway stations and then take the road route to reach here. Here’s how to plan:

Also, there is a direct bus from Delhi ISBT (Kashmere Gate) to Uttarkashi which starts at 09:00 p.m. and reaches Uttarkashi at 09:00 a.m. the next day.

You can also prefer to hire taxi from the national capital till Harsil Uttarakhand.

April-June and October-November are the best months to fully explore the place.

Harsil valley turns a paradise with booming greenery during rainy months, but there are chances of getting trapped due to landslides.

If you wish to enjoy snowfall season, plan a trip from December-February, though limited accommodations are available during this period and roads might be blocked due to snow.

Top Things to Do in Harsil Valley

Rejuvenation: Harsil offers the perfect environment to practice yoga and meditation. The locals would advise you to drink directly from the crystal clear streams that are believed to be rich in minerals and digestion-improving qualities. Enjoy plucking fresh apples from the orchards or simply laze around enjoying the mountain sceneries.

Where to Stay in Harsil Uttarakhand?

Accommodations in Harsil are limited to 9-10 properties which include hotels (both budget and luxury), resorts, lodges, homestays and a government-operated tourist bungalow. Here are a few details:

What to Eat in Harsil Uttarakhand?

Most of the hotels in Harsil offer multiple cuisines prepared from the fresh and organic produce. In addition, you can find dhabas promising delicious Punjabi and Garhwali dishes. You may also find venues offering Chinese/Tibetan preparations like noodles and momos.

Willing to spend quality time at the serene and stunning Harsil? Plan a customized tour package with us today.