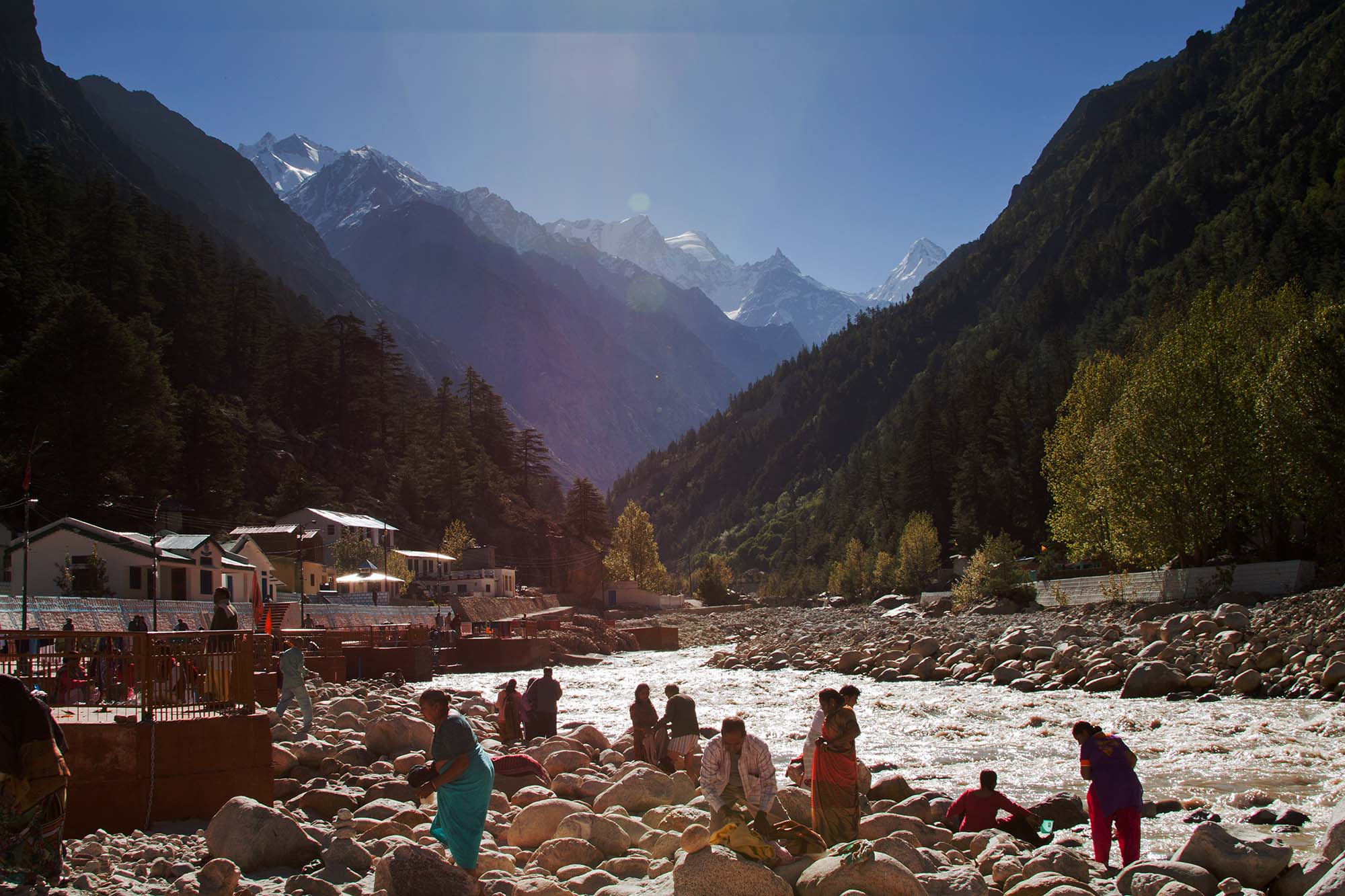 Gangotri Temple, located at an altitude of 3415 mtrs above mean sea level is one of the most revered temples dedicated to Goddess Ganga.

The temple is one among the Char Dham of Uttarakhand (also called as Chota Char Dham) which are visited by lacs of Hindu devotees each year.

In fact Bhagirathi continues to be called as Bhagirathi till it meets river Alaknanda at Devprayag.

Mythologically, Ganga had to descend from Heaven to absolve the ancestors of King Bhagirath. It was feared that if the water of Ganga would descend directly from Heaven to Earth, it would create devastation. To save the situation, Lord Shiva allowed Ganga to descend first to his hair and then descend down to Earth. This is the reason why Ganga is called as Bhagirathi.

Gangotri Temple remains open only during the period between April last week and November first week each year.During the winters, owing to heavy snowfall, the area remains cut off for the pilgrims.

In the winters, the idol of Goddess Ganga is taken to the nearby village of Mukhba, where the Goddess is worshiped for the next 5-6 months till the time when the temple reopens for the next summers.

The temple opens on the day of Akshaya Tritiya, which in 2018 was on April 18. This year, it is on May 07 which would also be the Gangotri Temple opening date 2019.

The temple closes on or a day after Diwali. For example, it was closed on November 08 in 2018, after Diwali was celebrated in November 07. This year, Diwali falls on October 27. So, the Gangotri Temple closing date 2019 would be October 27/28.