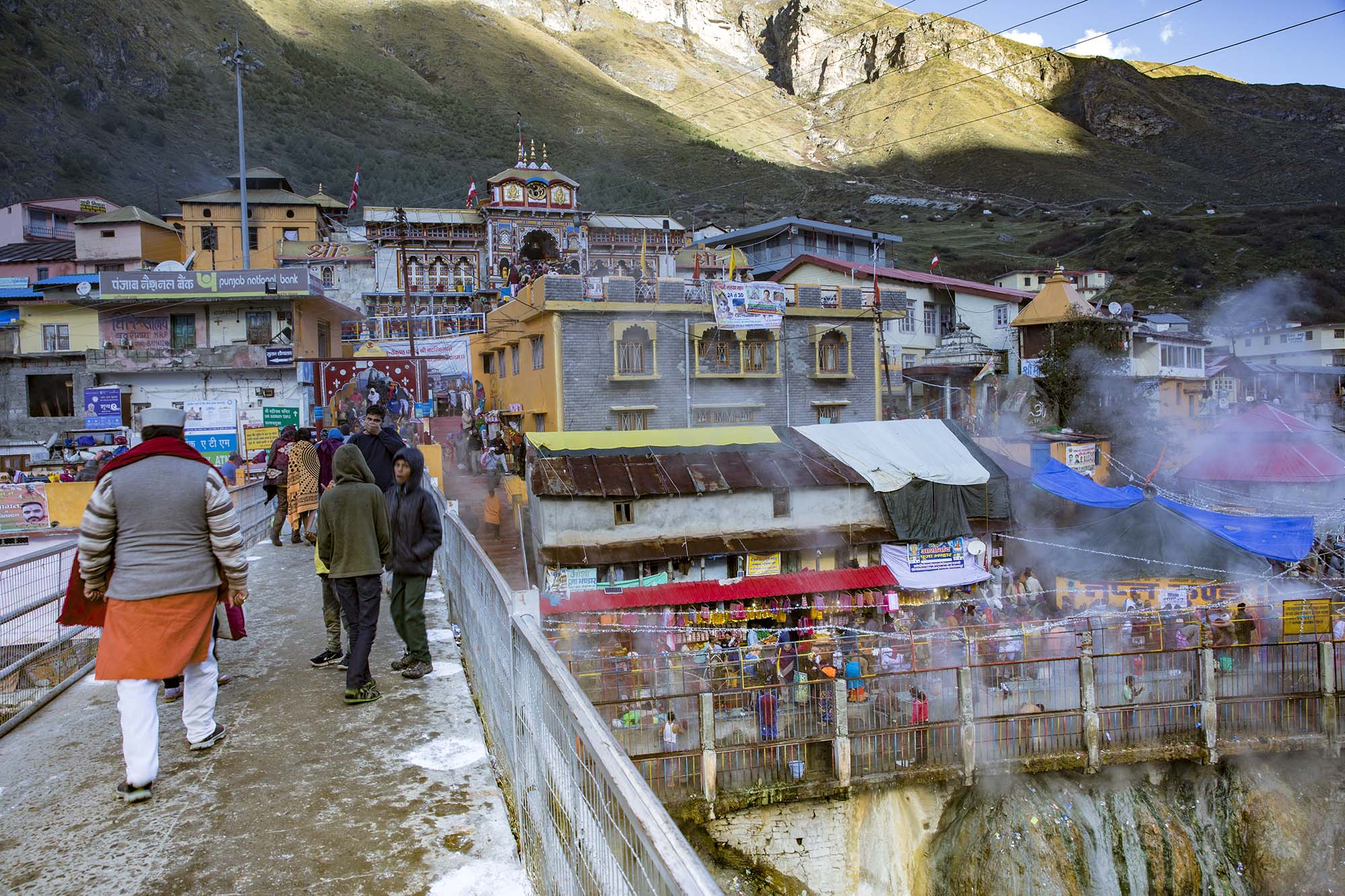 Guarded by the soaring Himalayan peaks of Nar, Narayan and Neelkanth and washed by the pious waters of River Alaknanda, Badrinath Temple is situated around 10,279 ft. above sea level.

Inside the temple, Lord Vishnu is worshipped in the form of Badrinarayan who is believed to meditate here since time immemorial and till eternity.

The black stone idol of the lord, believed to be made of the sacred stone shaligram, was discovered in the River Alaknanda by Saint Adi Shankara in the 18th century.

In fact, the stone idol is considered to be one among the eight swayam vyakta kshetras (Self-manifested statue) of Lord Vishnu.

While the saint erected the idol in a cave nearby, the present day temple was built in the 16th century by the local kings.

It is believed that it is second Vaikuntha (abode) of Lord Vishnu, the first one being the celestial Vaikuntha. It is also considered to be the place to attain salvation as one can find the lord in his true form here.